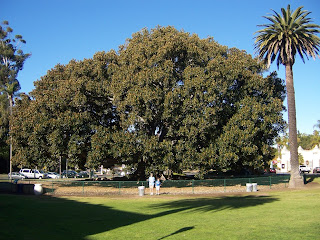 This massive fig tree has been a centerpiece of Balboa Park
for nearly 100 years.  When I was a boy, children were allowed
to play in the tree and climb all over the branchs and aerial roots.
Arborists realized that the tree was slowly dying from all of the human

interaction so a fence was erected around the canopy edge to keep
humans away.  The tree has thrived so much that the fence has been
moved out to keep pace with the expanding canopy size.
Note my 2 sons standing in front of the tree for scale. 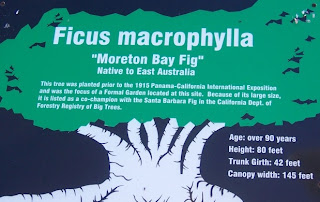 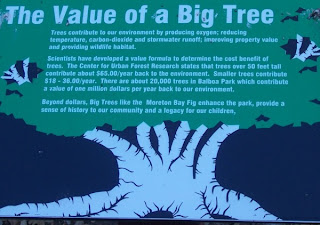