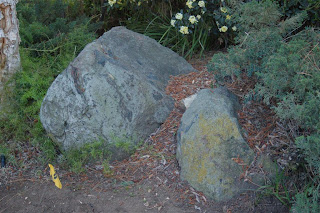 A rock that has been in a garden for decades has
been slowly buried by dirt, mulch and plants.
These type of large rocks add character to the garden. 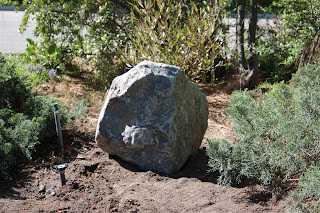 If you just drop a rock on your yard, it will look like
a rock monster pooped there. 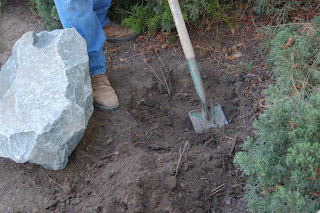 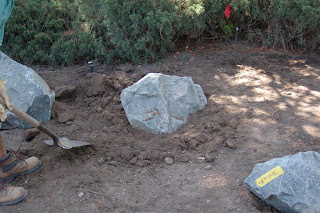 Then bury the rock with dirt and later mulch & plants.

Now, you have a planted rock.
Photos by Doug Kalal, taken at a client's garden in San Carlos.
By Doug Kalal - April 22, 2011