Adventures with a Gopher Snake

I was at a client's house last week when I spotted a small snake in the bush. 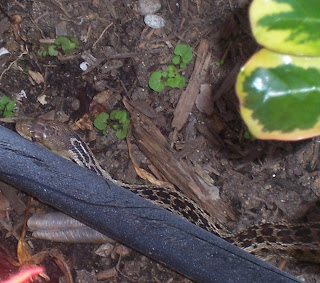 Since the client had a 2 year old grandson who was about to play outside,
and I thought it might be a rattlesnake,
I decided the snake needed to be removed.
I used to just kill snakes whenever I saw them,
but I have since learned how important
snakes are in controlling rats and mice in San Diego.
I called a snake expert who said to just scoop up the snake
with a flat nosed shovel and dump it in a large plastic container.
NOTE: You should not try this at home.  Do not handle
any snake unless you are sure it is not venomous. 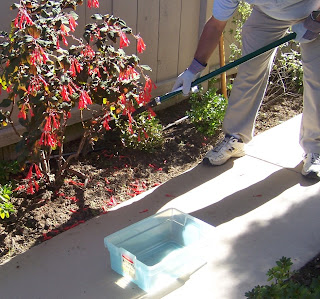 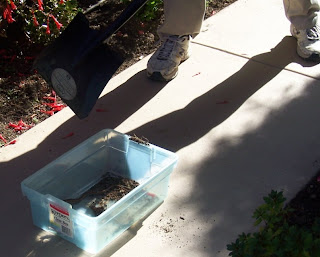 Once the snake was in the box and the lid was on, I was relieved. 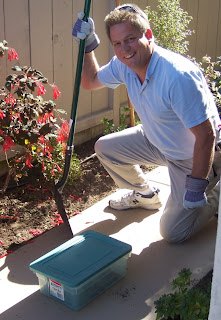 The snake was quite annoyed to be captured and
kept striking at the sides of the box. 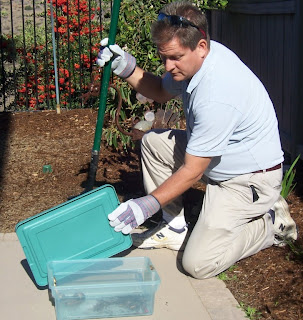 Later I realized that this was a gopher snake and one
of its defense mechanisms was to imitate a rattlesnake
by puffing out its cheeks, shaking its tail
and striking like a rattlesnake. This behavior along
with the rattlesnake like markings helps to confuse the snake's enemies. 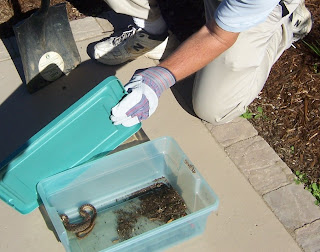 Now that the snake was secure, I walked across
the street to an open canyon to set the snake free. 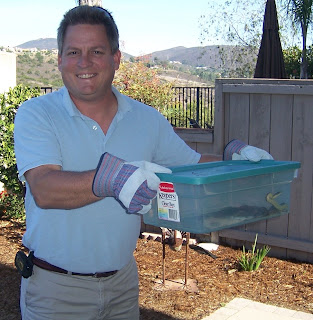 Gopher snakes are a constrictor type of snake.
They grab and squeeze their prey to death.
Rats, mice, lizards and insects are the food of choice
for gopher snakes. 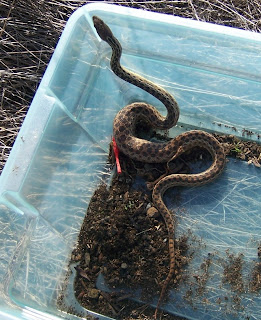 Be free! And kill those rats! 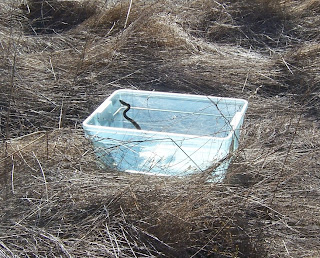 For more information on this and other snakes
check out this web page;
http://www.californiaherps.com/snakes/pages/p.c.catenifer.html
Photos by Doug Kalal and my client
By Doug Kalal - November 09, 2011